“I like to play indoors because that’s where all the electrical outlets are.” This statement by a fourth grader in San Diego, would have at one time been considered shocking. But today we consider it common. Not necessarily normal, but expected. There was a time, not so long ago where “the kids who stayed indoors were the odd ones.” But unfortunately, there appears to be a “new landscape of childhood.” A landscape where “intimacy with nature is fading.” These quotations, taken from Richard Louv’s book The Last Child in the Woods, begin his analysis of what he has defined as Nature Deficit Disorder. 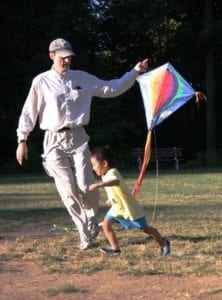 To research his book Louv spent 10 years traveling the country to interview parents and children in rural, suburban and urban areas to gather anecdotal evidence of their nature experiences and reveal the effects of alienating children from encounters with and influence from nature. As of the year 2000, 98% of U.S. homes have television, 42% have computers (National Science Foundation) and over 70% have air conditioning (U.S. Census Bureau, 1996). During the school day, the demands of standardized tested academic learning increasingly encroaches on outdoor time. Many schools have eliminated recess for students above the primary level.

Louv found that children all over the United States, even those living in rural areas with forests or fields right outside their door, are not being exposed to nature. He discusses the modern obsession with order and scheduling and how this has led to less unstructured outdoor activities and more organized play. In his own words, “rapidly advancing technologies are blurring the lines between humans, other animals, and machines [reducing] the richness of human experience” and expanding the “divide between the young and the natural world.” Nature has increasingly become “something to watch, to consume, to wear – to avoid.” 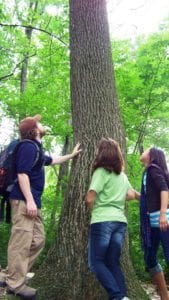 Not surprisingly to us camp people, research suggests that students remember fieldwork and outdoor visits for many years. A study by scientists Dierking and Falk (1997) found that 96% of a group of 128 children and adults could recall field trips taken during their early years at school. But beyond fond recollections and remembrances, there is a growing body of scientific research suggesting that children exposed to positive experiences in nature see significant improvement in intellectual, spiritual and physical well-being.

For example, a 2004 study by the Human-Environment Research Laboratory at the University of Illinois (published in the American Journal of Public Health), the laboratory found that children as young as five showed a significant reduction in ADHD symptoms when they engaged with nature. A 2003 Cornell University study reported that the more nature a child encountered at home—including exposure to indoor plants and window views of natural settings—the less he or she was affected by negative stresses. An article in the July/August 2005 issue of Orion Magazine states that, “In an earlier hunting and gathering or agricultural society—which is to say, during most of humankind’s history—young people were more likely to engage in physically demanding, mentally relaxing activities that immersed most of their sensory receptors: climbing, hunting small animals, baling hay, splashing in the swimming hole.” In other words, learning took place the way it was intended…naturally. 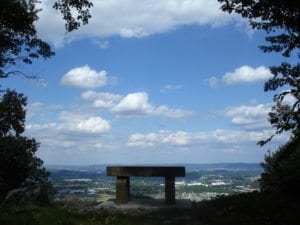 It is truly amazing how, in an instant, we can have that “aha” moment. Nature is full of them. They wait among the branches of trees, under the sheen of the water’s surface, and within the earth beneath our feet. Classroom settings often offer children seeds for learning and tools for digging, but rarely can a classroom offer the soil for planting. South Mountain YMCA Camps provide an opportunity for youth to dig in the soil of their minds and uncover what is growing, to cast a net through their thoughts and see what they understand, to touch a tree before it becomes a textbook. If we look out into the world, into its wildness and its loud expression, then we can look into a book and feel the meaning. Until the sun has warmed our face, words about a distant star mean very little. Standing at the summit of Cushion Peak, relishing the sensations of a refreshing breeze while surrounded by jagged rocks, softly swaying leaves and soaring hawks, we experience learning in the way it was intended: effortlessly…and with enjoyment.

Adapted from the letter, Coastal Wonders, by Jennifer Dixon of Fairhope, AL