Every camp professional will tell you that they do not offer summer “babysitting” or “childcare” – they provide a summer camp experience.  So, hold them to it and expect more from your summer camp.

As a parents, we assume that our children will be taken care of physically and emotionally when we enroll them in a summer program.  In fact, I know parents that care much more about the emotional safety of their child than physical health.

Last year in a parent panel I facilitated for new camp counselors, one parent shared that he expected cuts, bruises and sunburns at summer camp.  The physical injuries were simply part of the package when a when a child is active in the summer.  What he would not tolerate was the emotional injury that results from bullying in a cabin group or the actions of a neglectful or callous counselor.  As a dad, I can get behind that sentiment (moms may not be in agreement).  That is our minimum expectation, and I would argue we are setting the bar pretty low.

In 2005, the American Camp Association (www.acacamps.org) produced a study with Philliber Research Associates to determine the impact of camp on a child.  This study surveyed campers, parents, and camp staff from across the United States.  There were some tremendous results:

Need more convincing?  Take a look at what parents reported:

I think you ought to expect these results from your summer camp this year.  I think that beyond health and safety, parents should be able to count on their summer camp providing results like those above to each and every camper they come in contact with.

Tomorrow, I’ll post an article on the 10 questions you should ask a summer camp before you enroll your child.

We’ll see you at Camp! 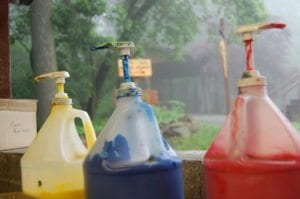